But before we dive into the review, I would like to do a mini summary for this book. So, here goes the summary: Colorless is a Young Adult, Fantasy following Annabelle Klein as her parents died in the beginning of the novel, she finds herself becoming an invisible being and the memories of her existence start to eject from everyone’s life.

Now, let us dive into the review for ‘Colorless’ by Rita Stradling! 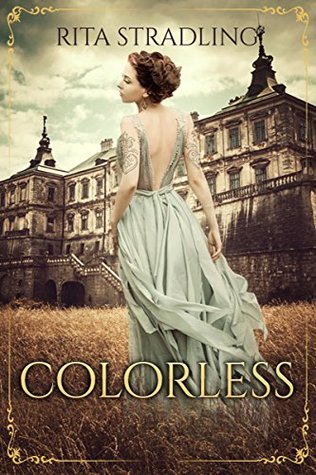 In Domengrad, there are rules all must live by: Fear the Gods. Worship the Magicians. Forsake the Iconoclasts.

To Annabelle Klein, the rules laid down by the Magicians are the mere ramblings of stuffy old men. As far as she’s concerned, the historic Iconoclasts, heretics who nearly destroyed the Magicians so long ago, are nothing but myth. She has much more important matters to worry about.

Heiress to a manor mortgaged down to its candlesticks and betrothed to her loathsome cousin, sixteen-year-old Annabelle doubts the gods could forsake her more.

Then Annabelle is informed of her parents’ sudden and simultaneous deaths, and all of the pigment drips out of her skin and hair, leaving her colourless. Within moments, Annabelle is invisible and forgotten by all who know her.

Living like a wraith in her own home, Annabelle discovers that to regain her color she must solve the mystery behind her parents’ murders and her strange transformation.

Meanwhile, hundreds of the Magicians’ monks, with their all-black eyes and conjoined minds, have usurped control of Annabelle’s family manor. An Iconoclast is rumored to be about—a person who they claim goes unseen, unheard, and lost to memory, yet is the greatest threat to all of Domengrad. For the first time in a hundred years, the monks plan to unleash the dire wolves of old.

Their only target: Annabelle.

Before we get into the review, I would like to apologize for the lack of quotes because I really did not like this book and it irks me to not add any quotes in this review. Also, please take note that this is going to be a rant review because… You-Will-Know-Why. So, without further ado, let’s just jump right in!

The world-building and the atmosphere are the ones that I would like to talk about first. So, the world building for this book was extremely lacklustre. The beginning was great with the world-building although there were a lot of information dumping everywhere but it was still great! However, when the book reached the climax of the story, the world started to crumble down into pieces and nothing was explained, like literally nothing at all! Also, I found myself lost in some places in the book due to the fact that the locations where the protagonist was were not explained. Therefore, I disliked the world-building for this book.

In addition to the previous paragraph, the atmosphere for this book was exceedingly messy. Although I did not get far into the book to annotate if there is any romance factor in the atmosphere, I found that the atmosphere for the mystery, suspense and sadness to jumble up quite badly and the overall atmosphere just was not lively enough to push me to finish the book.

Moving on, the pacing for this book is the next component in the story that I woud like to talk about. I understand that I am a fairly slow reader. For example, four to five days a new book will be in my hands to read. Howbeit, to read a book for two months is a different case and you know something is wrong when it takes a vastly long time for you to finish a book. Just in case you are wondering what all of this is about, the example that I have given above is the vice versa of what had happened to me while I was reading this book. Therefore, I did not like the pacing because of how slow it was.

Furthermore, there are a lot of major plot holes in this novel and I know I did not finish the novel but I went far enough to understand some concepts the story had. Those plot holes really vexed me because I tried very hard to understand and ignore the pits but it just did not work out for me. Therefore, I had to put the book down and (let it go).

Diving deeper into the review, we will now talk about how the book drags. Oh my.. It dragged a lot, alright. To give an instance, they were walking towards this particular thing and the author started to describe the surrounding, its shape and all those necessary details and then it will just continue on and on until one of the character spoke to the protagonist and it will just stop abruptly, like.. WHAT? Yeah. Thus, I did not enjoy the unnecessary dragging of the story.

Moreover, I was originally intrigued by the plot lines because who would not? The plot lines were about this girl who does not know who murdered her parents (or something else) and why was she changing into an invisible being and also, no one seemed to remember her right after her changes, like they had just woken up from an amnesia.

And I was fascinated by those plot lines but it disappointed me because it was just so slow and everything else that I have said in the above was what summed up to this downfall. Therefore, I have 23.75% of love for this plot.

Finally, the relationships factor will be discussed right now. Everything felt false between Annabelle and Dylan because why would Dylan want to help her? and why would he want to get through all of what she was facing with her? I just do not understand. Therefore, it felt like a fictitious relationship.

Now, let us get into they audiobook review section of this review!

If you are planning to read this book, I highly recommend you to try the audiobook out on audible!

Now, let us move into the characters section of the review! 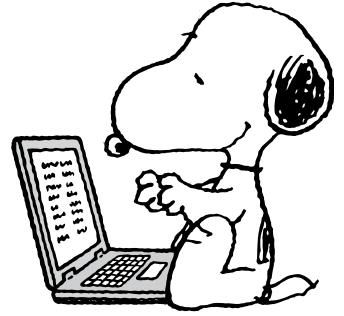 Annabelle: I liked her character in the beginning of the book. She was sassy and funny and just overall, a fun character to read about. However, when the book approached the climax of the story, her previous personalities failed on her and she turned into this whinny character who just kept whining. Therefore, I disliked her after the story reached that part of the book.

Dylan: I just do not understand. He was the only one that can see Annabelle and I was not annoyed by him in the (beginning) of the novel but just like what had happened to Annabelle’s character, he turned into something else or rather someone else instead of who he actually was in the beginning of the novel. Therefore, I did not like him although he was better than Annabelle by a little due to the fact that he was not whinny. So, nope.

Tony: Oh God.. He was Annabelle’s cousin and of course, he does not remember her because of whatever magic that had happened to Annabelle. So, to talk about his personalities, I will say that he was such an A-hole in the book and the voice that I imagined for him.. UGH.. so annoying and the voice fitted his character perfectly! Therefore, I did not like him although he was sort of like the villain in the book.

My rating for this book will be a ‘DNF’ because I did not like this book.

This is the end of my spoiler-free review for Colorless By Rita Stradling! I hope you all enjoyed it and follow me with your email/wordpress account to get notifications when I post a new article! Bye!