Hey Guys! It is Max here and today, we will be doing the ‘Word My Life: Book Blogger Edition’ article where I seep some personalities into my blog and enable you guys to have an insight prospect of what my past was like and how I ended up building a book blog to where I have been in the past three months. Well, I think we should inaugurate now as I have a plethora of erudition that I would like to bestow it upon all of your shoulders.

Before we commence, I would love to tag a few other elegant book bloggers in this community to do this ‘Word My Life: Book Blogger Edition’ article. Here goes:

I was born on the 28th of August 2002 and into a family of six. I am the third child in my family (my little brother comes next in line- 2004). I will now caper ahead to the division where I was 5 years old as my brain cells could not retrieve anything before that. Sorry 😜

When I was somewhere around 5 years old, I used to be notably obsessed with these television series which I will be naming some of them down below:

There definitely are more to the list but they have slipped off of my mind and I will spare you guys the details of each of the shows except for ‘Totally Spies’ because something occurred and I would like to elucidate it to you all in the next paragraph.

When a new episode of ‘Totally Spies’ emerged on the television, my mom was about to depart from the house to fetch both of my sisters home from primary school so, she questioned if I want to accompany her to summon them home. I rejected without a second thought and watched the episode. Well, things had gotten a little nasty when my mother had not gotten back in around 30 minutes.

As the episode had ended, I examined the window in my living room (we were living in an apartment, by the way) and discerned that her car was not in her conventional parking locality and that was when I started to bawl like a big fat baby. Promise me you will not gag and unfollow my blog in this next section:

I regurgitated on the floor for absolutely no reason and my eyes were red. Tears proceeded to cascade down from my eyes to my cheeks, then the floor. I rushed to the window again to check for my mother and siblings but all I saw was a worker, cleaning up the road so that it will be unoccupied by dry leaves.

I was living on the first floor of the apartment so as I was crying, he was desperately attempting to brighten my mood and at the same time, he squealed from where he was standing and questioned why I was weeping. I told him about my mother and her car and he glanced around and sought for the car.

Finally, he broke the news to me that he had not seen the vehicle that I had described and told me that he had to go back to work. I cried even louder this time and told him to stay (oh my gosh, this is embarrassing) and his features told me that he was contemplating on lingering but he sojourned anyway.

Eventually, my mom’s car came into the parking lodge and my tears immediately dissipated. The man who had waited with me gave me a wave and he left to resume on his job.

My mother entered the hallway of the house and saw the puke on the floor. I cannot remember anything after that but I could remember that she used tissues to clean up my disgusting vomit.

If you are the worker who tried to cheer me up while my mother was not around and you are reading this article, I am thanking you from the bottom of my heart ♡

Flash forward a few years when I reached my seventh year on earth. We moved into a terrace house as our family members were expanding and we could no longer fit into an apartment. My brother and I, we shared a room while both of my sisters shared another room. It was a perfect room for both me and my brother because I adore the colour green which we later painted the room light green and we had a plethora of storage to place our toys into. We made a few friends around the residential area which until today, our lattice bonding with our friends is still there. Ultimately, they became our best friends forever. I love them: we talked about random things all the time and it always took us hours upon hours to finally run out of topics to converse on ♧

(One of my best friends would love to get featured on this article so here she is: Elena Seow)

Eventually, the primary school had opened and we had to attend the classes as children do. Primary school was fun! I had made a few friends and joined many competitions such as public speaking competition, rope jumping and more. However, when it came to the fourth year of burrowing in the school, I was being bullied.

(This part is hard) This boy who I did not anger nor have I ever laid a finger on came up to me and punch me in you-know-where. I was shocked, of course, loss of words even. Here’s my theory on why he picked on me: I was thin and fragile, he probably took advantage on that to bully me. Eventually, I had enough of it and went to the teacher’s office. My school-friend who was right beside of me told me to let-it-go, we do not have to look for the teachers but I insisted so we went and exposed every single layer of it. After this incident, he had never laid a hand on me ever again.

On my fifth year in primary school, we were having our third term examination. We had to place our bags outside of the class in order to prevent students from cheating. My school bag, unfortunately, was being pickpocketed. Annoyed, sad and confused, I thought I had misplaced it somewhere because my parents will slaughter me if I lost my wallet. I continued my hunt for my wallet for a few days and finally, a parent came into our classroom a few days after the incident and called me out to speak with me personally.

She returned the wallet back to me and bought a few other goodies for apologies of her son’s behaviour. I noticed that her son was a friend of mine and I went over to ply on his reasons for stealing my wallet, but he did not respond and I did not communicate with him (unless it’s necessary) ever again.

I switched school and studied in a homeschool which is now metamorphosed into an international school and I had a blast for the first few months except for this one student who always flaunted about his study skills which annoyed the heck out of not only me but many other students as he enjoyed looking into other people’s privacy without any permission. Privacy such as our results and our personal lives.

As for my academics, I did quite well and was pleased when I was offered to jump to a higher grade. Clearly, I accepted the offer as it was only presented once in a lifetime. My friends missed me and I missed them as well, so I told them that we will be able to converse with one another during break and lunchtime and unmistakably, we did.

Gradually, I made new friends in my new classroom and I realized that my new classmates had a lot in common with me than I originally thought but unfortunately, not a lot of them read but some do.

When I was in Grade 9, I started my book blogging channel to share my thoughts and love for books.  I found this platform through Youtube but I was not ready to show my ‘face’ to the world as I have major insecurities and anxiety for doing so. Therefore, I made a book blogging channel where I can write and share my opinions freely without showing my face. However, I would love to change that from now onwards, so… I would post pictures of me reading on this channel sometime soon and slowly impel pass from the insecurities. Hope you guys would not mind me doing that 😊

Also, when I was in Grade 9, I suggested to my class teacher that we should open up a book club in our school and she agreed wholeheartedly. I spread the news to my friends and asked if they would like to join but most of them turned me down. I remained optimistic and in the end, I had recruited a group of 7 students and from therein, we did what we could to make the club interesting. Unfortunately, a few months later, the book club started disintegrating down to rubbles and everyone left the group as we were too busy minding on our own studies.

Back to the topic of my school: As my best friends and I trudged together towards the end of Grade 10, we took our GCSE exams. The lecturers in our school had been a sanctification for us, students, as they encouraged and moulded us on the topics that we were not familiarized on. Hereby, I would like to thank the teachers, if it were not for them, we would not be where we are at today.

P.S I had been withdrawn for three months due to the fact that I was converging on my studies (I was so stressed out during that period of time, with sleepless nights and delirium) and I yearned to interact with you guys so much during those torturous and barbaric three months but I had to put everything I cherish (even reading) on hold so, sorry.

Now, I am back to book blogging and I will make sure to pump out a plethora of contents for you all as I am now on my holidays for a few months before college consumes me. That sentence scares me: college consumes me. A new environment with strangers and no one to rely on. Well, we will face it next year, not now.

This paragraph is totally unrelated to the article but if you are wondering what I am currently reading and what I have recently finished, I will let you know now. I am currently reading ‘Harry Potter and the chambers of secrets’ by J.K Rowling, a book which everybody had been pressuring me to read since the dawn of my existence: 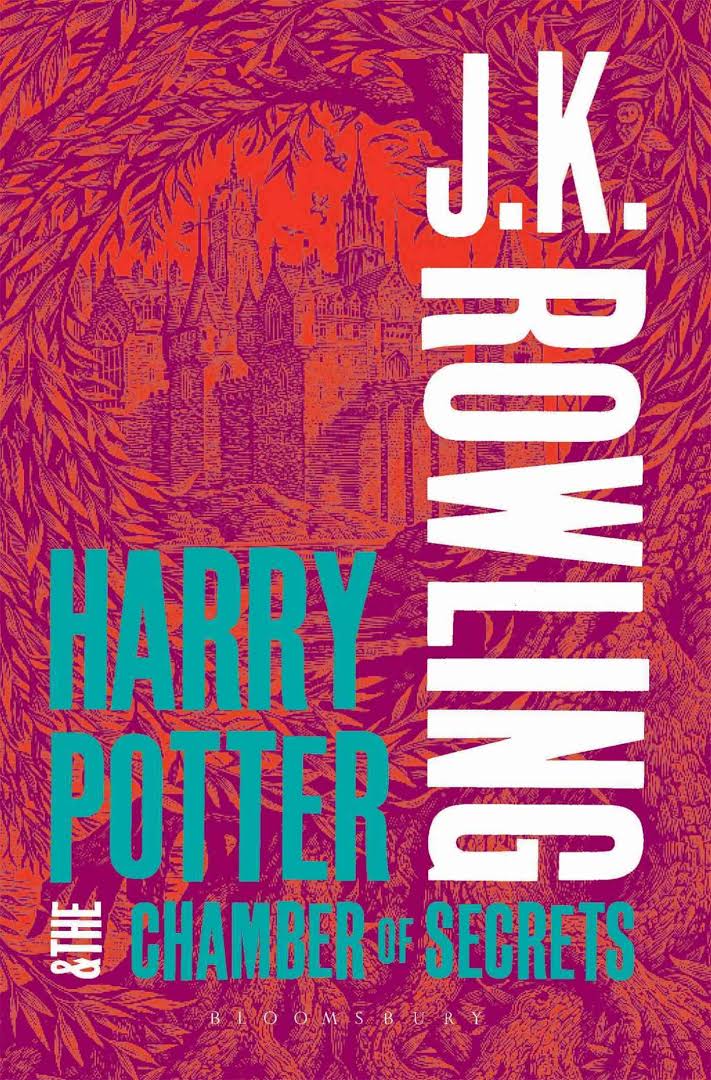 I have recently finished a book called ‘Lady of the shades’ by Darren Shan and OMG, what in the world, I LOVE IT! A review will be coming very soon so stay tuned for that! 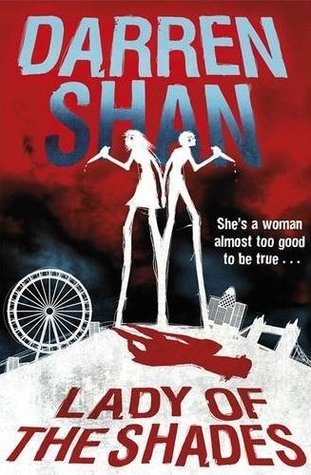 This is the end of my ‘Word My Life: Book Blogger Edition‘ article. If you are still here, be sure to give me a like, follow and comment ‘Still here‘ down in the comment section below. I hope you guys enjoyed this random article and hope you all are having a great day! Bye!