Hey Guys! It is Max here and I will be doing a book review for ‘The King Of Average’ By Gary Schwartz today! Gary Schwartz is a debut author who had written many screenplays and appeared in numerous films had written ‘The King Of Average’ which I was mightily surprised that I really enjoyed it wholeheartedly. So, without further ado, let us jump right into my mini-summary for the book!

The King Of Average is a Humorous, Middle Grade- Fantasy novel following a boy named James who was average in everything. Such as his exams, etc. And then one day, he walked around the streets and he was immediately transported into the Kingdom of Average where everything is… Average and the story sets off from there.

Now, let us get into the review for ‘The King Of Average’ By Gary Schwartz!

“He had longed to have a normal family: a father and mother, a brother and sister. Alas, his mother was all the family he’d ever known.”- The King Of Average, Gary Schwartz.

James isn’t the world’s greatest kid, but he’s not the worst, either: he’s average! When he decides to become the most average kid who ever lived, James is transported to another world where he meets Mayor Culpa, a well-dressed talking Scapegoat who recruits him to become the new King of Average.

He’s joined on his quest by a professional Optimist and his grouchy companion, an equally professional Pessimist. Together, they set out on a journey of self-discovery that leads them all the way from the Sea of Doubt to Mount Impossible, the highest peak in the Unattainable Mountains. When James stumbles into a Shangri-la called Epiphany, he uncovers the secret of who he really is.

Follow James on his hilarious, adventure-packed journey to find self-worth in this heartfelt middle-grade novel The King of Average by debut author Gary Schwartz.

Let us being with this review by commenting on the cover for this book. I found the cover to be extremely unattractive because the words on the cover are too big and the cover feels very messy with all those wording and pictures. Also, the colours do not blend into one another equally. Therefore, I did not like this cover but the story was pretty good. So, let us get on with the review!

We are now going to discuss the predictability of this book. Yeah, I am going to drop the bomb first before we move to the candy side of this review. So, this book was quite predictable because the author gave too much away at the beginning of the novel and as the plot progressed forward, the predictability became even more intense. It was as if you knew what the whole story was about before you even read it. Therefore, I did not like how predictable the story was.

Moving on, we have a hilarious subject which I would like to talk about and that is ‘a character popped out in the middle of nowhere and our protagonist took him along on the journey to become king.’ Uhm… That is pretty dumb because what if this particular character is a stalker? or a murderer? and the protagonist must have known that the world is quite scary and not everyone can be trusted. Therefore, I did not like this aspect in the book due to the dumbness that it was surrounded with.

Furthermore, we have the pacing that was being held around this book. I found the pacing to be equally placed out because it was not both quick nor slow, it was just in the middle, in other words, neutral and I finished this book in two sittings due to the fact that the story captivated me throughout my reading. Therefore, I really loved the pacing of this novel!

Moving on, I would like to talk about the ending of this novel. I did not like how it had ended because the story did not really close or rather- sealed shut nicely and instead of sealing shut, it opened up to more stories and therefore, leads to a cliffhanger. Thus, the ending was not my cup of tea (sorry!).

On top of that, we have the illustrations which I would like to talk about in this review because the pictures were stunning and I really enjoyed myself while I was reading and listening to the audiobook for this novel! Here is the illustration that the book has contained: Gorgeous! Am I right? There are more illustrations in this book which you can find out more by reading this book or checking it out on Google. Thus, I really loved this element in the novel!

Finally, we have the plot holes which I would like to mention on in this book. The plot holes were really bothersome because of how unexplained those plots were and even if they were just minor plots that contributed nothing to the major plot of the book, it was still very… annoying. Therefore, I do not like the unexplained plot points.

Now, let us get into the audiobook section of this review!

The audiobook was narrated by Gary Schwartz, the author, himself and I think he did a very great job of narrating it! I was not once bored out or find myself wandering off to somewhere else in my brain because the way that he had spoken had captivated me on continuing with the tale of James.

I would first like to speak on the topic of the way he had spoken with different voices to make his listeners understand who in the world is speaking in the book. He was really good at narrating different voices and I just loved it. There are not any more words that I would like to add-on to this topic. So, let us move on.

Moving on, we have the story itself. The story was fun and I have already spoken on it just now but without the story and its plot, I do not think that the book will be that good and the narration will probably be bad too. Therefore, I really loved the story and the audiobook!

Finally, I loved how the story flowed perfectly with the narration for the book! When I was listening to the audiobook, I was mildly impressed by how fitting it was with the book! Thus, I loved the audiobook and I highly recommend all of you to listen to it on audible if you have the time to check the book out!

Now, let us dive into the writing section for this review!

“Good for you. You’ve won. You have me in your power, James. I am yours to command.”- The King Of Average, Gary Schwartz.

I loved Gary’s writing style for this book. It was beautifully poetic, articulate and lyrical. He had a great way of expressing how the world that he had built worked and the rules in his world which I found mesmerizing because you can see the effort that the author had put into his work to make a beautiful tale for us, readers. Thus, I really loved his style of writing!

Also, the words that were used in this book were descriptive and I truly enjoyed how well written the book was. Therefore, I loved the writing style for this book.

Now, let us get into the characters section in this book! 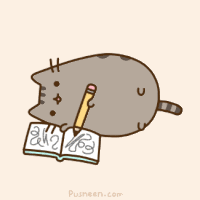 James: He was selfless, optimistic and humble. I found out that his characterization is actually a great example for kids nowadays to follow because of how kind of a character he was. Also, his character development was fantastic. Thus, he was an overall perfect protagonist in this book to read about.

Monsieur W. Roget: I did not really like him as a character because there were not any elements in him other than his humorous nature. Thus, I do not think that he was a necessary character to be added to the story.

Kiljoy: I liked Kiljoy because he was quirky and he loved to make snarky comments in the book which I found hilarious and most of the time, I will find myself laughing out loud. However, there was not much substance in his character and his origin other than how snarky he was. Therefore, he was not very developed as a character in this novel.

Marie: She was a really fun character to read about because Marie was a tenacious, confident and witty character who was stubborn at times but those moments were understandable. However, there was not any development in her character except for the ending which she finally had a boast about her character. Therefore, I liked her as a character in this book but she was really meh due to the lack of developments.

Jerome: I liked Jerome. He was very stubborn and that was one of the reasons why he had more elements in his nature than the others because he had a story to tell and it was an interesting tale. Also, his character development throughout the book was pretty impressive. Thus, I really loved his character in this book!

I am giving this book a solid 68.945% rating! It was a superb read and I highly recommend it to people who would like to have a short, fun and quick book to read!

This is the end of my spoiler-free review for The King Of Average By Gary Schwartz! I hope you all enjoyed it and follow me with your email/Wordpress account to get notifications when I post a new article! Bye!