Hey Guys! It is Max here and I will be doing my October To-Be-Read Piles today! You guys may be a little confused with the title because I put it as a Not-Yet-October TBR. Well, it is NOT October yet, right? It is just the 29th of September, so I placed it that way.

With that aside, I would like to announce something. Something extremely horrible and that is: I only read ONE book this month and that book was ‘The Ask And The Answer by Patrick Ness‘. I know guys, I am horrible but I have an explanation to why I am lacking behind of my TBRs or rather- this month’s TBR.

The Explanation is: I have had school assignments and term exams which I cannot really handle all at once so all my reading time were spent studying and doing school assignments. So, yes. But now that my term exams are over and there are finally some ‘space’ for me to breathe, I will be reading more books than I have ever read before! Aka: in the past nine months!

So, without further ado, let us get into this TBR which I wish to tackle down next month!

1. The Last Song by Nicholas Sparks

Seventeen year-old Veronica “Ronnie” Miller’s life was turned upside-down when her parents divorced and her father moved from New York City to Wilmington, North Carolina. Three years later, she remains angry and alienated from her parents, especially her father… until her mother decides it would be in everyone’s best interest if she spent the summer in Wilmington with him.

Ronnie’s father, a former concert pianist and teacher, is living a quiet life in the beach town, immersed in creating a work of art that will become the centerpiece of a local church. The tale that unfolds is an unforgettable story about love in its myriad forms – first love, the love between parents and children – that demonstrates, as only a Nicholas Sparks novel can, the many ways that deeply felt relationships can break our hearts… and heal them.

I recently watched the movie with my mother and guess what? I was heart-broken and my mom cried so hard when we were watching the movie. Yes! It was that good. Therefore, I am going to read this book and I have high hopes for it because the books are normally better than the movies!

2. The Gracekeepers by Kristen Logan

For readers of The Night Circus and Station Eleven, a lyrical and absorbing debut set in a world covered by water.

As a Gracekeeper, Callanish administers shoreside burials, laying the dead to their final resting place deep in the depths of the ocean. Alone on her island, she has exiled herself to a life of tending watery graves as penance for a long-ago mistake that still haunts her. Meanwhile, North works as a circus performer with the Excalibur, a floating troupe of acrobats, clowns, dancers, and trainers who sail from one archipelago to the next, entertaining in exchange for sustenance.

In a world divided between those inhabiting the mainland (“landlockers”) and those who float on the sea (“damplings”), loneliness has become a way of life for North and Callanish, until a sudden storm offshore brings change to both their lives – offering them a new understanding of the world they live in and the consequences of the past, while restoring hope in an unexpected future.

Inspired in part by Scottish myths and fairytales, The Gracekeepers tells a modern story of an irreparably changed world: one that harbors the same isolation and sadness, but also joys and marvels of our own age.

Yeah. In most of my To-Be-Read articles, I have been saying that I will be reading this book. But did I achieve my goal? No. Did I mange to read it? No. Thus, this month I am going to read this book because of how cool the concept and the cover are.

About three things I was absolutely positive.

First, Edward was a vampire.

Second, there was a part of him—and I didn’t know how dominant that part might be—that thirsted for my blood.

And third, I was unconditionally and irrevocably in love with him.

In the first book of the Twilight Saga, internationally bestselling author Stephenie Meyer introduces Bella Swan and Edward Cullen, a pair of star-crossed lovers whose forbidden relationship ripens against the backdrop of small-town suspicion and a mysterious coven of vampires. This is a love story with bite. 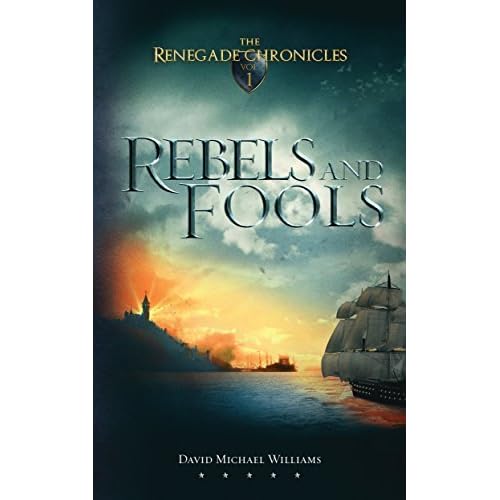 The greatest peace treaty in Altaerran history is unraveling. As civil war threatens the Continent United, two fallen Knights of Superius are forced to join the rebels they once condemned. Hounded by assassins and assailed by doubt, they flee to Capricon in search of answers — only to discover the island harbors dark secrets of its own.

“Rebels and Fools” is the first volume of The Renegade Chronicles.

Thank You, David. For sending this book to me for review!

I am going to read this book next month and Oh My Gosh, I cannot wait because of the amazing synopsis and cover so, YASSS.

5. Cadivel: The Complete Tale & A Well Of Dendelions: A Short Story by Eric Margolis 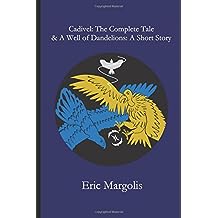 The ocean rages and the winds howl as Samuel, fleeing fire to the sea, becomes tangled in a web of war, magic, and revolution as fierce as the sea itself.

The uncompromising idealist Samuel and his lazy but kindhearted brother, Owen, move in with their uncle, an ambitious man living in a magnificent medieval castle. When the brothers’ curiosity gets the best of them, they discover he plans a military coup of the town they might call home: idyllic Cadivel, by the rough edges of the sea. Samuel and Owen, a fledgling magician, are eager to stop him but find themselves powerless against his deadly magic. Yet Samuel will not give up the fight for Cadivel after meeting a beautiful girl he cannot leave behind. Though only renowned newcomers from the distant Salt Empire have the strength and resources to shift the tide of the war, Samuel possesses a quality that could save Cadivel from an even greater threat.

Cadivel tells a story of epic scale and intimate scope: stunning landscapes, scheming politics, and fragile love. It also sings a poem about the sea and the unexpected traits it may possess in a world of magic. The fight to save Cadivel–fought by magicians and spirits, gods and men–continues in Cadivel II.

Thank you, Eric for sending this book to me for review!

I am really looking forward to read this book because the synopsis covers most of the things that I enjoy reading in books. For example, War, magic, love and more. I cannot wait to read this book and I bet it is going to be epic. 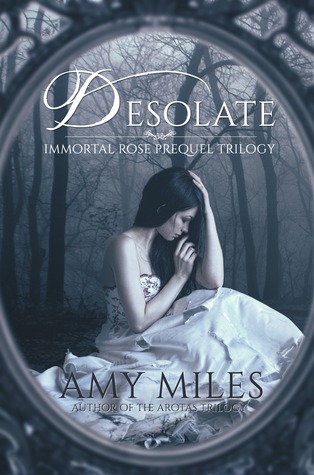 A wedding massacre. An innocence stolen. Mortality stripped away.

In a single night, everyone Roseline Dragomir has ever loved is slaughtered before her eyes. Alone in the world and bound by a solemn marriage vow to a vicious murderer, she must find a strength buried deep within her to keep going or risk completely losing herself.

When a mysterious stranger crosses her path, Roseline will discover that not all immortals are evil. Some even bear emotional scars that run just as deep as her own.

Will she uncover a will not just to survive…but to fight back?

I requested for this book on Netgalley months ago and have not read it yet. Therefore, I am going to read it and look at that gorgeous cover and the amazing synopsis which have me hooked! Thus (again), I can’t wait to read this book!

7. Curse of Stars by Donna Compositor 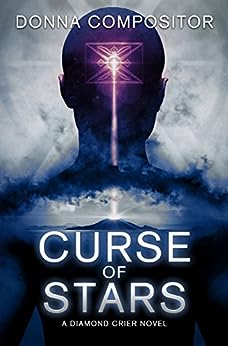 Sabi Perez is the last Diamond Crier, only she doesn’t know it. Not until a crazed ruler from another world comes to collect her priceless tears and won’t take no for an answer.

Living in New York, Sabi’s seen some nasty things, but the lengths to which her captor will go to keep his crown are things found only in the darkest nightmares. Afraid and alone, Sabi finds solace in her cellmate, Anya, and Cabal, a fellow Crier who also has powers, a rare combination that buys his favor from the ruler. Only it’s a favor he doesn’t want.

In a fit of rage, power erupts out of Sabi, the same power Cabal has, and a spark of hope ignites. Together they may have a chance at escape, something no other Crier has done. Except a ruler hellbent on draining them of every last diamond tear isn’t their only hurdle. If they escape they’ll be hunted to the ends of the earth, if they survive the trek to safety. If they stay the ruler will leech them dry. Sabi would rather die trying than lie down and die, even if that means running away into even more danger.

Another book that I have requested on Netgalley months ago and have not read. YET. Therefore, these books are on my top priority list to read because I need to get them done! So, yeah.

With that aside, I would like to talk about how beautiful the cover is and how marvellously cool the synopsis sounded. (This is probably the second book that I am going to start after I finish the first book which I will speak more about later on.)

8. The Goblins of Bellwater by Molly Ringle

A contemporary romance inspired by Christina Rossetti’s eerie, sensual poem, “Goblin Market.” Four neighbors encounter sinister enchantments and a magical path to love in a small, modern-day Puget Sound town, where a fae realm hides in the woods and waters…

Most people have no idea goblins live in the woods around the small town of Bellwater, Washington. But some are about to find out.

Skye, a young barista and artist, falls victim to a goblin curse in the forest one winter night, rendering her depressed and silenced, unable to speak of what happened. Her older sister, Livy, is at wit’s end trying to understand what’s wrong with her. Local mechanic Kit would know, but he doesn’t talk of such things: he’s the human liaison for the goblin tribe, a job he keeps secret and never wanted, thrust on him by an ancient family contract.

Unaware of what’s happened to Skye, Kit starts dating Livy, trying to keep it casual to protect her from the attention of the goblins. Meanwhile, unbeknownst to Kit, Skye draws his cousin Grady into the spell through an enchanted kiss in the woods, dooming Grady and Skye both to become goblins and disappear from humankind forever.

It’s a midwinter night’s enchantment as Livy, the only one untainted by a spell, sets out to save them on a dangerous magical path of her own.

This is the end of my Not-Yet-October TBR list! I hope you all enjoyed it and let me know your October TBR down in the comment box below! Follow me with your email/wordpress account to get notifications when I post a new article! Bye!

29 thoughts on “My Not-Yet-October TBR”